My Thoughts on Social Media

The first time this really happened (at least from my view) was when people on Twitter had an outrage about James Gunn's tweets from years ago. For those of you who don't know who James Gunn is, he directed the Guardians of the Galaxy and also helped produce other movies like Avengers: Infinity War. Basically, people found some jokes on Twitter that he made years ago and decided to "cancel" him. But the thing is, the jokes didn't really have that much wrong with them. I mean, the humor was a bit taboo, but I don't really see what was wrong with them. In fact, I thought that his jokes were pretty funny. Anyways, after this happened, he actually got fired from Marvel Studios/Disney, which is a dumb move on Marvel/Disney's behalf (why should the internet determine who you hire and fire).

I think this just goes to show out of hand this has gotten. You could actually get fired for what you say on the internet.

Although most social media websites were not originally made to be addictive, they ended up becoming addictive in the end. There's a reason why you can't stop scrolling through your social media feed until 1 A.M. every night. Most companies that run social media platforms realized that if they show you more things you like, they can get you to stay on their website or app, that way they make more money off of ads or stealing personal data. I think that this practice is truly immoral and it treats the user as a product or service. If recommend that if you want to be free from these addictive habits, you should just delete your account and any apps related to social media.

This is just a side note, but don't use Twitter or Facebook and it's products. These companies prey on collecting user data and have very horrible business practices in general.

It is used for mass control 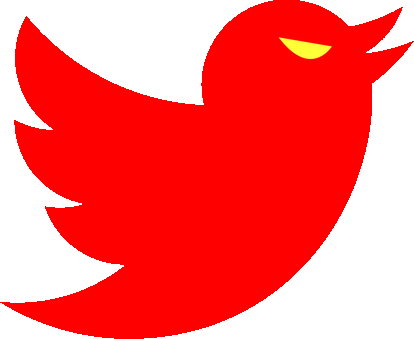 This point is kind of closely tied to the first point. Social media platforms (mostly Twitter) actually use their platform to enforce sort of a "hivemind". For example, if someone says something on Twitter that Twitter does not like, Twitter can just ban them from using their platform. Even though Twitter is a private company and enforce whatever they want, it's still a very bad business practice to do. However, this ends up resulting in the fact that most people on Twitter have the mindset that Twitter wants them to have, a "hivemind". At this point, the Twitter community does most of the work, since they "cancel" people that don't abide to the Twitter hivemind. This has a grave effect on society as well, since most companies and people out there see these huge social media platforms as the "voice of the people", they take anything said on these platforms to heart. But since these platforms are so popular, people from the outside decide that it's the social norm. This can, and has, lead to an extreme separation in ideals and viewpoints, so much so, that people resort to doxing each other, calling names, trying ruin other people's lives (i.e. James Gunn).

What I'm trying to say, is that you should never use social media platforms that censor you!!!

I would say more, but I think you got the idea at this point.